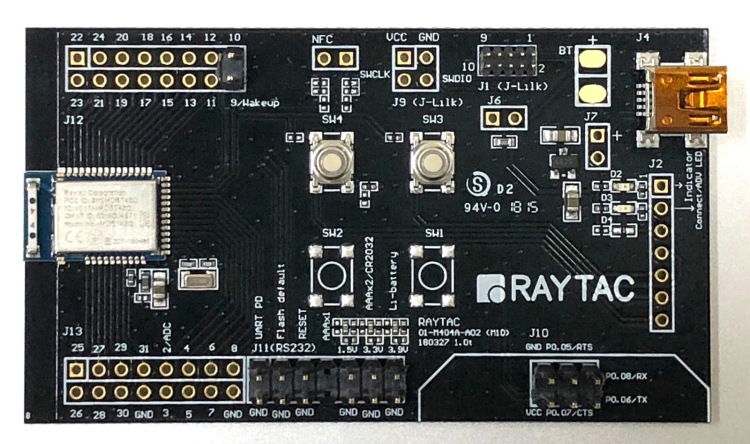 AT command stands for Attention Command, which is the most ordinary, easy and widely applied protocol to connect and bridge between IoT devices.

The significant features of nRF52810 includes a higher RF data rate improved from 1Mbps (nRF51)  to 2Mbps and MTU increased from 23 bytes (nRF51) to 247 bytes, which believed can meet most general specification request among developers and implements.

The advantage to build products based on module in Design Saving and Time To Market benefits as been well discussed in some other articles that developers many well know about it.

MDBT42Q-PAT is a module developed according to MDBT42Q series line with form factor 10 x 16 x 2.2mm deployed both chip antenna and PCB antenna for customer’s options.

With the passion Raytac’s team possessed, the effort is aimed to create the maximum benefits contributes not only by hardware with pre-certified modules but also provide a comprehensive per-load AT-Command firmware. To easy developers’s work, speed up the project schedule, lower down the total budget by deploy the module built in products just like a plug and play components is always the ultimate mission Raytac would like to dedicate to all developers.